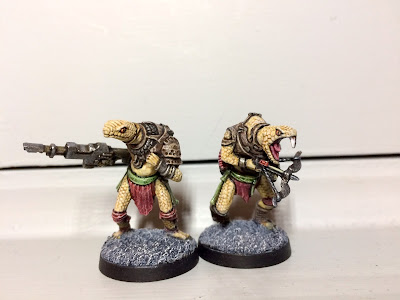 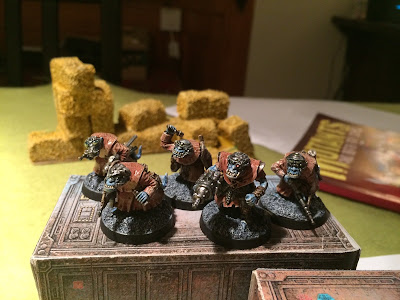 We've been playing quite a bit of Mutants and Death Ray Guns recently - largely on the basis that organising a session takes minutes rather than hours. I suspect our Whitehack campaign won't resume until the halfway break in the Six Nations. 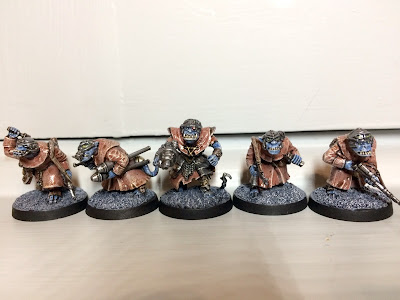 Yesterday, I had an idea for a warband: space monkeys! I kitbashed five of them from GW skaven bodies and Mantic orc heads, with Wehrmacht arms from Warlord Games. The leader got a pair of Frostgrave gnoll arms. I started painting them last night and finished this morning, in time for this afternoon's game. They won't win any painting prizes (but they did win the game). 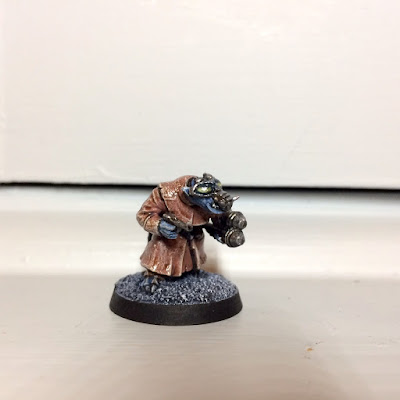 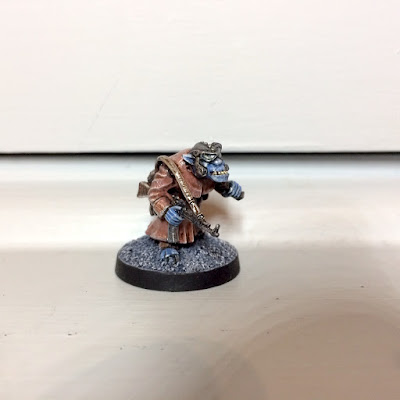 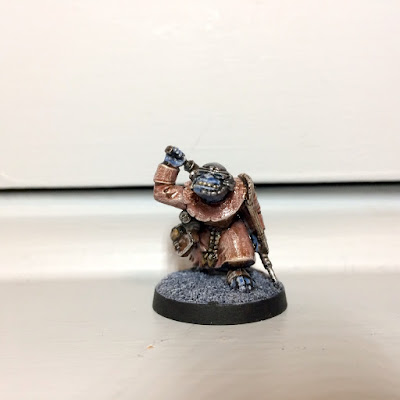 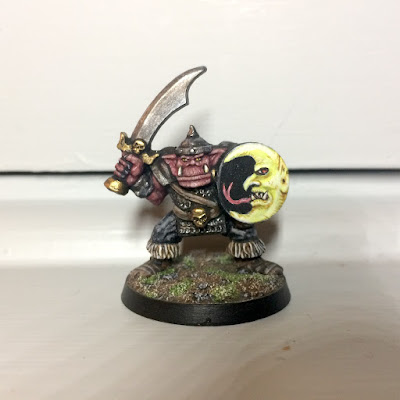 The first edition of Warhammer (before my time, but I acquired a copy at some point when I was a kid) featured several types of goblins: great goblins, night goblins and red goblins. I think there were generic goblins in the rulebook too, though they were soon dropped. Of the three main types, only the night goblins survived into later editions of Warhammer; they still seem to be going strong.

The great goblins - formerly gnolls - were very nice models, as were the night goblins. The red goblins, though, suffered from coming first. They were some of the first Citadel models, originally featuring in the Fiend Factory range, and weren't up to the same standards as the other two varieties, which were produced slightly later. They'd earlier been sold as "red orcs" and, I think, merely as "orcs" and "half-orcs" too.


They did, however, get a nice John Blanche illustration in the Forces of Fantasy supplement: 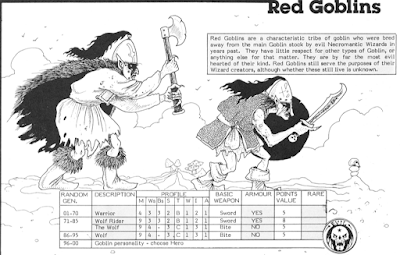 I always liked the phrase "red goblins". So I decided to paint some up. I've got countless orcish odds and ends scattered around the lead pile: old plastics, ones of a kind, duplicates of miniatures that I've already painted up. I thought that red hide and black uniforms might provide a way of uniting those into a biologically diverse tribe - and getting miniatures out of boxes and onto the table.

So, here are my first two red goblins: an old Warhammer Armies orc with a night-goblin head; and a Battlemasters orc I got on eBay a few years ago. Joining them soon will be an AD&D hobgoblin, an AD&D goblin, a C15 armoured orc and even a skaven conversion (who's to say goblins can't look like beast people?). 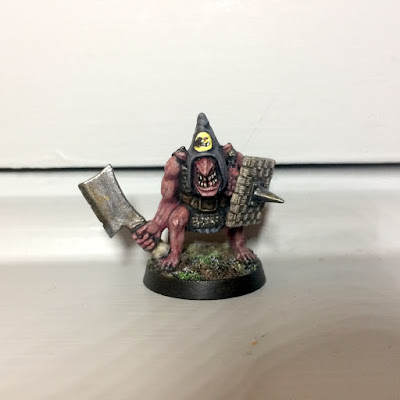 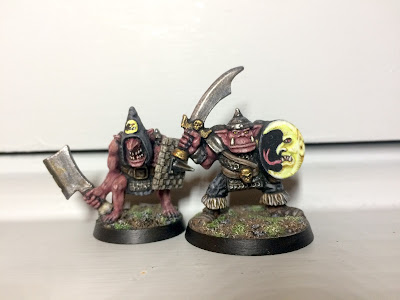 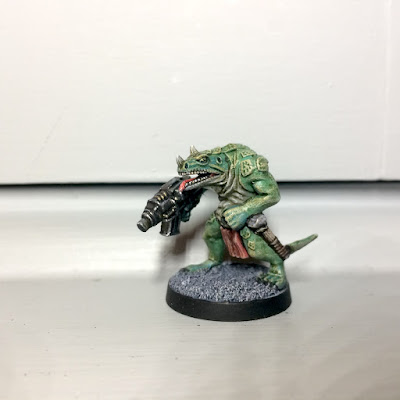 Requiring some mutants and aliens for a big game of Mutants and Death Ray Guns this weekend, I tried to get this fellow done in exactly an hour. I see from the podcast I was listening to that he took about an hour and a quarter.

I used a very simple recipe: base colours, a quick drybrush in silver-grey, then a wash over each area. 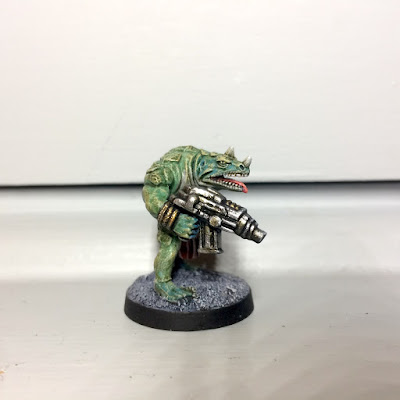 I might give him some more attention tomorrow, but I suspect that a good dollop of gloss varnish will obscure his shortcomings sufficiently.
Posted by JC at 16:31 2 comments: