The Carol of Cthulhu! 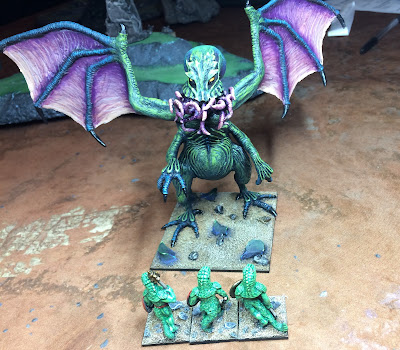 This is the latest from my son - Fimo and tinfoil as usual, and handily based as any number of flying Titans in Kings of War. This is how he did it ....

Have a great Christmas!

A Hinchliffe/Broadsword goblin and some 25mm RPG miniatures 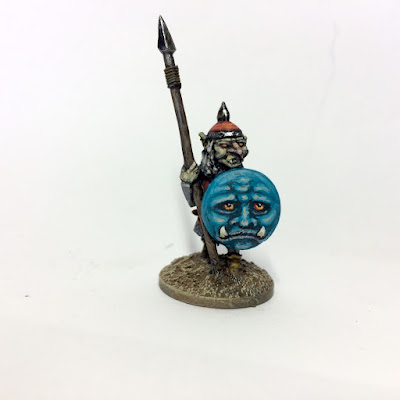 Here's a Hinchliffe goblin (now produced by Broadsword Miniatures). I really like these venerable orcs; were I to do the Battle of the Five Armies for Hordes of the Things or equivalent, these are the fellows I'd use for the goblin army. They might not be an exact match for JRRT's descriptions of orcs in The Lord of the Rings, but they contravene nothing in the text of The Hobbit. 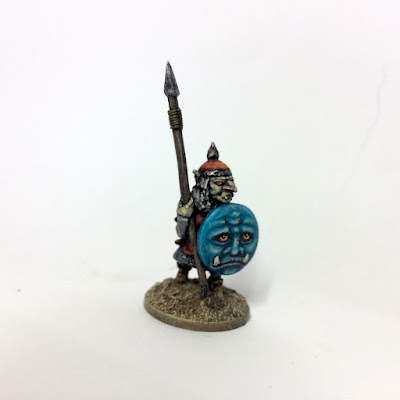 In our D&D games, these fellows will probably serve as hobgoblins, as they're fairly hefty next to the "true 25mm" figures that I'm painting up for RPGs. Below are a couple from Tin Soldier and a Julie Guthrie half-orc from Grenadier alongside the Hinchliffe goblin. 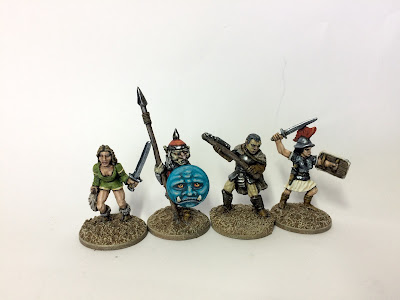 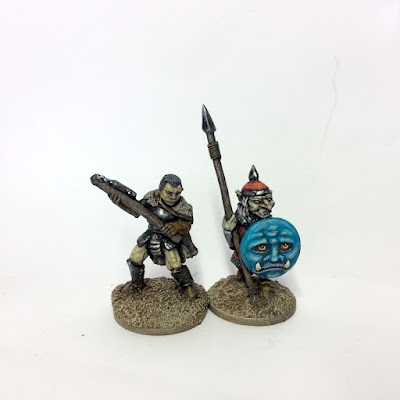 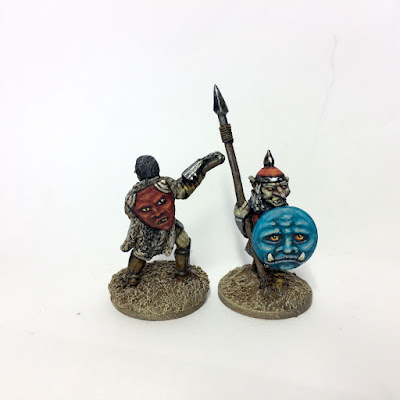 (Another of my son's efforts - real postings to resume shortly!)

Email ThisBlogThis!Share to TwitterShare to FacebookShare to Pinterest
Labels: Halloween

A tribute to Bill Making Stuff

If you don't know the Bill Making Stuff channel, you're missing out - it's a terrific mix of whimsy and creativity. And it's brimming with great ideas for gaming projects: imagine Rick Priestley's deodorant hover tank as Studio Ghibli would have done it.

It's also by far my son's favourite YouTube channel. He recently made this short and cheeky tribute: 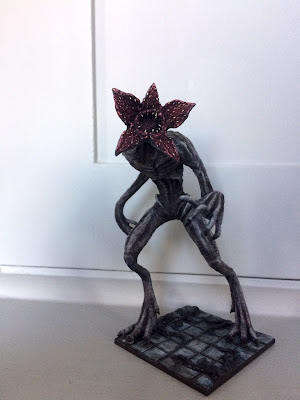 My son has been busy over the school holidays building various beasties from Stranger Things. 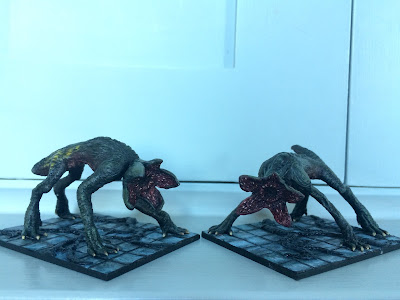 The demogorgon and demodogs are based with Hordes of the Thing frontages so they can feature in that game as behemoths or gods. But they'll doubtless see plenty of action in our sci-fi games 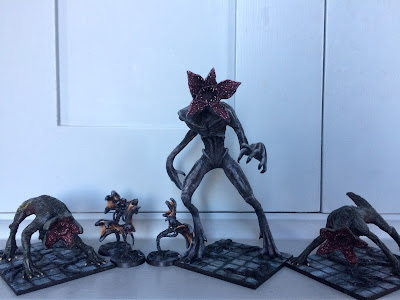 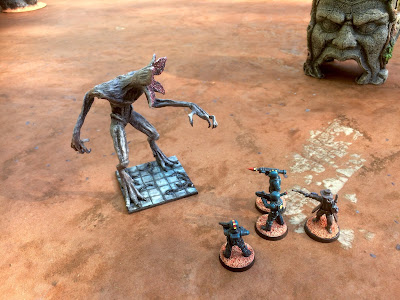 You can see how these fiends were made here:

Marauders of the Wastes 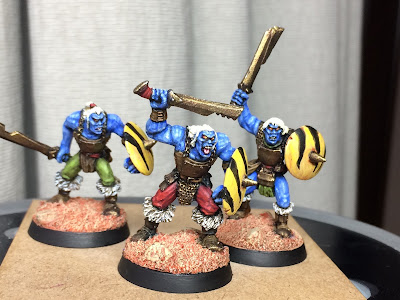 Any dusty sci-fi setting needs some primitive marauders to come howling out of the wastes at inopportune moments. These Copplestone half-orcs looked the part, I thought.
I envisage three main uses for these fellows in our sci-fi games.
First, they'll offer a challenge for players who want to eschew the pew-pew for some brutal hand-to-hand action.
Second, they'll provide a consolation prize for any player who gets knocked out early from a multiplayer game ("OK, these guys turn up - you're in charge. They want to take as many heads as possible/steal some tech/destroy all technology."). Because they don't have guns, they'll represent a fair step down from the starting force, regardless of the rules we're using.
Third, they'll act as a band of wandering monsters, which we usually include in our games to add some spice. We typically set aside x monsters with stats and then roll dx if a d6 rolled at the end of the turn comes up with a 6.
I'm going to add some accompanying beasts with the same markings as the shields. And I have a few more on the way: some with bows, which will give them at least some ranged capability.
Posted by JC at 16:07 No comments: 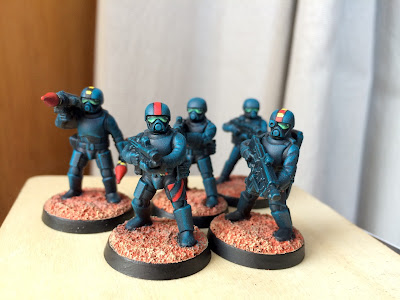 These are some grunts for our sci-fi skirmish games. For speed-painting, the holy grail is a miniature that can be very quickly painted up in one or two colours with a few details added to create the illusion that more care has been taken. These fit that bill. After undercoating them black, I drybrushed them in two shades of turquoise, then slopped some black contrast paint over the guns. All that was needed then was to pick out the visors and add some markings.

This technique depends on just ignoring differences in materials. So belts, armour, clothing and pouches all get treated the same, and hands are assumed to be gloved. But it's reasonably effective - and very quick.

They had a suitably ruthless first outing in a game of Mutants and Death Ray Guns, in which they managed to dispatch all of their mutant and robot foes without so much as a scratch. 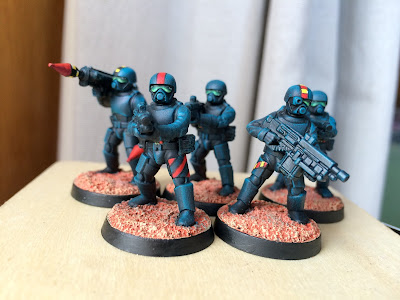