Tekumel: Thunru'u - "The Eater of Eyes" - and another Hra 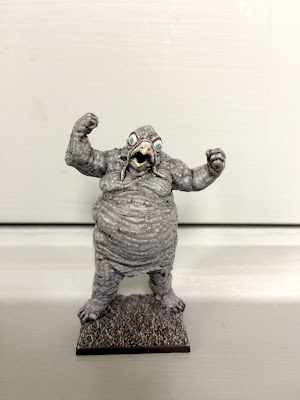 The Thunru'u is a nasty creature of the Tekumel Underworld that can serve as a henchthing for nefarious priests and magicians. I made this one by greenstuffing a Reaper Bones flesh golem: 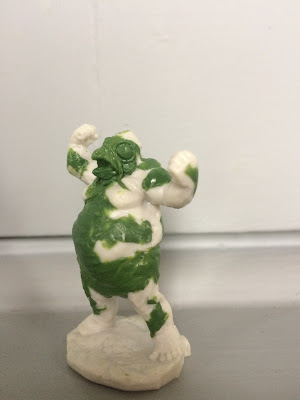 I rather like its "WHAT TIME OF NIGHT DO YOU CALL THIS???" expression: 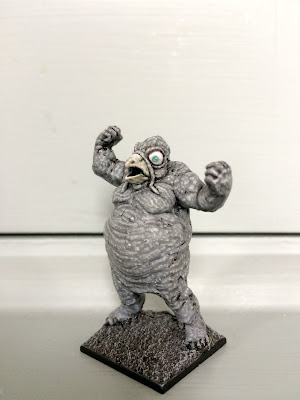 It's big for the base, but as the beast is going to accompany various human NPCs, it made sense to have it loom vertically rather than horizontally. 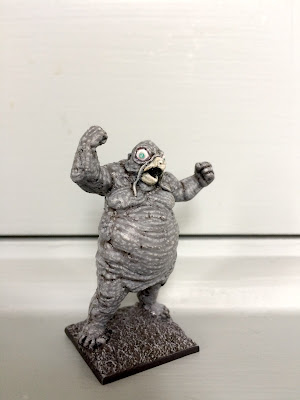 I also finished another Hra - this time, a Ral Partha "trill" ("troll", I think - probably a typo; Citadel certainly sold it as a troll in the 80s). I gather that this is the miniature used to represent the Hra in Barker's own games. 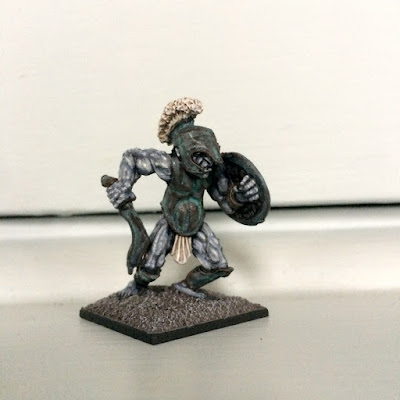