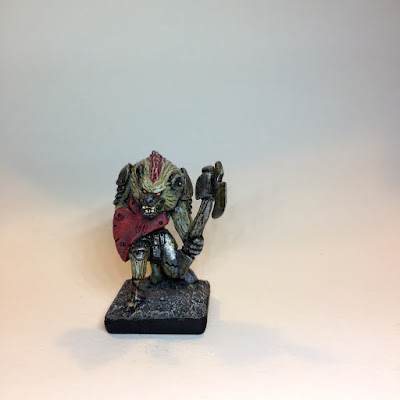 This is an old piece from some D&D boardgame. I acquired a few of them on eBay a few years back, painted up a bugbear and troll, and more or less abandoned the rest. They look pretty uninspiring without paint, as they're in some sort of brownish, vinylish plastic. But I was pleasantly surprised with this one after I started to slap some paint on. Sure, it's a crude figure. But now that it has a matchingly crude paintjob, it'll do fine on the table. 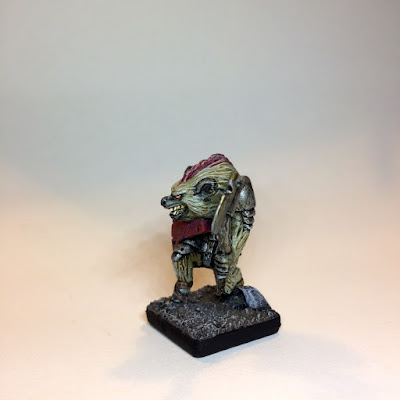 This gnoll is quite big - much bigger than the Grenadier and Alternative Armies ones I've been painting recently. So it might serve as a large, fierce matriarch, if we assume that gnollish physiology and society is akin to that of the spotted hyena. 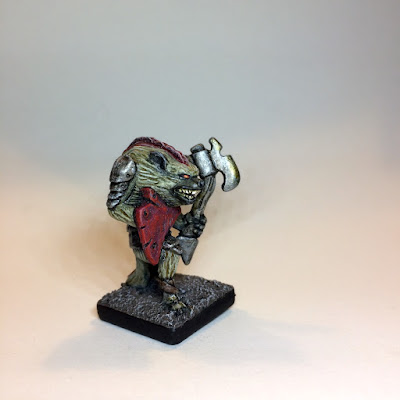 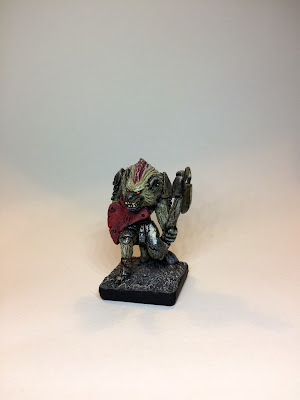