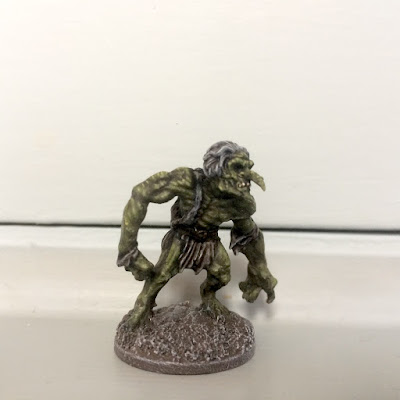 Progress on my megadungeon project has stalled in recent weeks (thanks to that toad), but I've been beavering away on miniatures for the game. Some of these will be used in our regular D&D campaign, which will be switching to 1/72 scale when more epic encounters demand it. 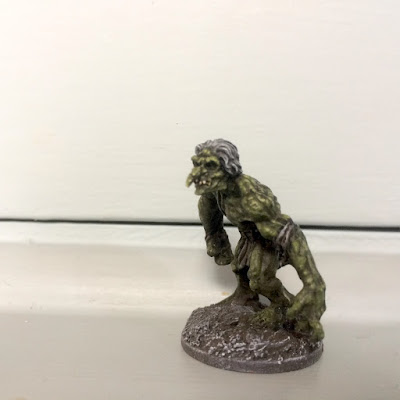 This fellow is a troll of the Poul Anderson/D&D sort, quickly kitbashed from a Reaper Bones ghast and a spare Otherworld troll head. He'll be one of the bigger sorts; I have others underway kitbashed from Games Workshop ghouls. There are plenty of trolls around that work in 1/72 scale, but the D&D/Anderson sort should be armed only with their teeth and claws, which is more of a challenge. 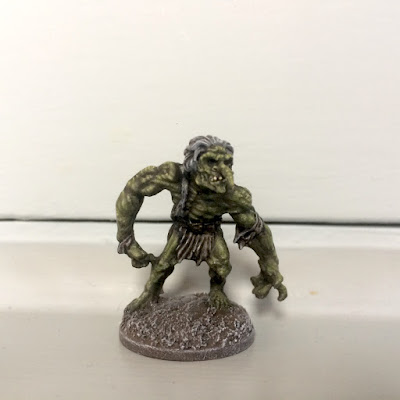 Earlier, I made a couple of smaller ones out of GW ur-ghuls and gnoblar/goblin heads. These are less canonical in appearance, but I want plenty of variety among my trolls - not least so I can tell them apart on the tabletop when tracking hit points and regeneration. 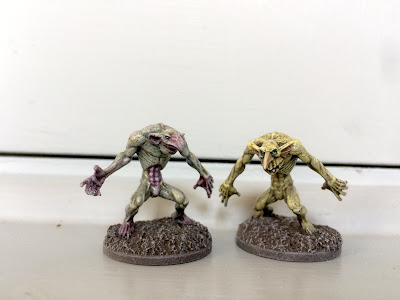 The important thing is that they're unarmed. I'm planning to create reusable sheets with troll stats on them, assigning those with higher hit points to the bigger ones and noting special features (extra arms, heads, etc.) as I go. The idea is that I can print out the troll sheet whenever there's a troll encounter and have extra details (names, quirks of personality, possessions, etc.) and specific hit points ready to go. If the party kill a troll whose name they know, that stat block will be renamed on the sheet. It's a simple trick, but it'll make tracking combat easier and lend the encounters more character and precision from the get-go.
I'll do the same for all the major monster types in the megadungeon - so that the two orcs you meet wandering down the corridor aren't just faceless 1HD drones but Sharguz and Bagtuth, two cowardly grifters on the fringers of the tribe with some information they think the PCs might be willing to pay for ... 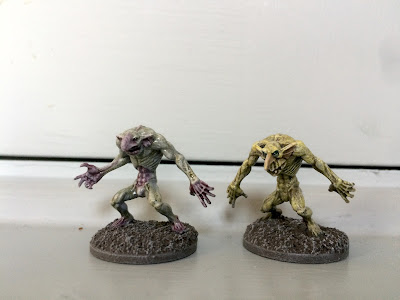