Some experiments with contrast paints 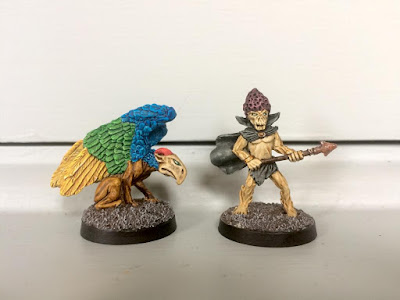 A few weeks ago, I got hold of a batch of Games Workshop's new contrast paints. They're designed to speed up miniature painting by delivering shading, base colour and highlights in one.

I like them. They're 'oilier' and richer than the standard GW washes, and they do tend to slip away from the raised points on a surface, creating pretty decent highlights. This effect is enhanced if you use the accompanying spray primers, which create a very smooth finish. I think they're particularly useful for miniatures with lots of detail that's too fine to respond well to drybrushing, as with the Grenadier demon/griffin thing above. I plan to use them heavily with the Ral Partha and Grenadier stuff in the leadpile. 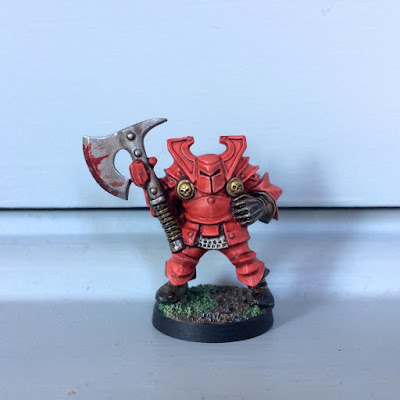 They're certainly quick. I've been racing through large batches of miniatures, some in preparation for my son's birthday RPG extravaganza (and so under wraps for now), some to give to friends' kids, and some for various domestic gaming purposes. 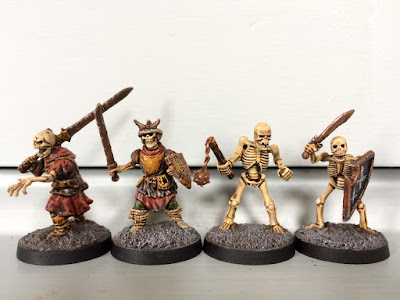 I think they're probably even more useful for RPG encounters than wargaming armies. If you put a wargaming army together, you're probably planning to use it more than once. But RPG encounters - like the skeleton group above - might only feature once, or not at all. So an extremely fast means fo churning these out is a boon to the miniature-using GM. 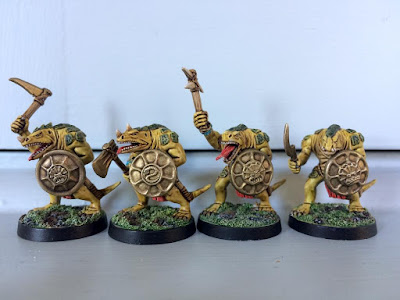 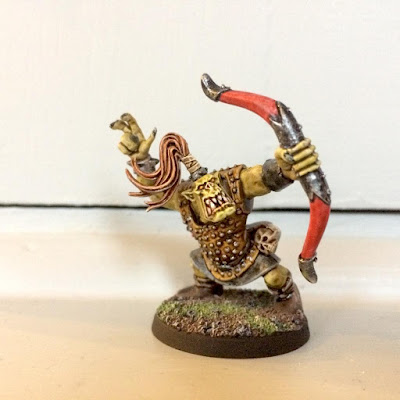 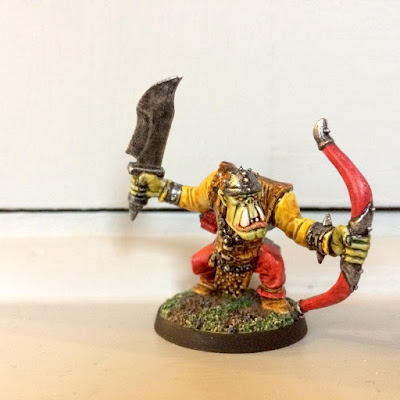 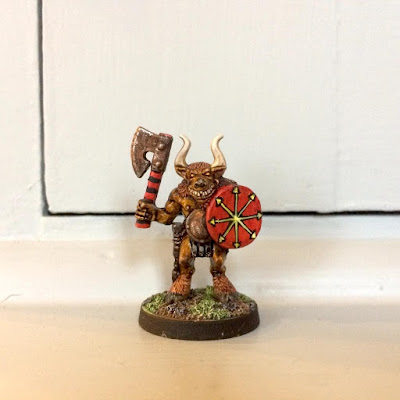 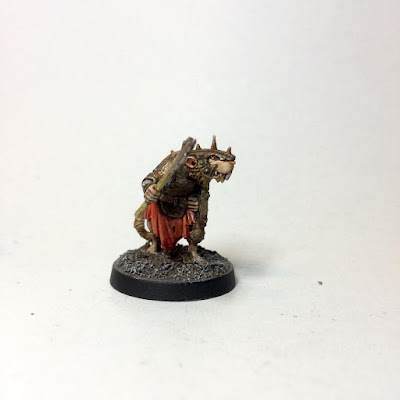 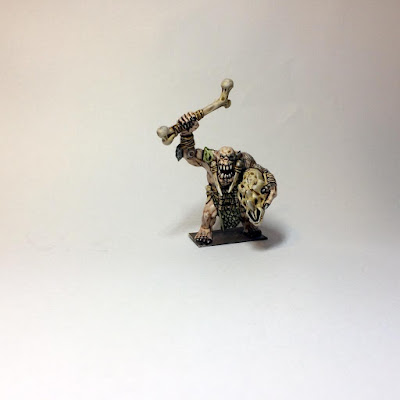 They're also very handy for finishing off the hundreds of partially painted figures that I (and I suspect many others) have languishing in drawers. These goblins, for example, had lain dormant since 2015: 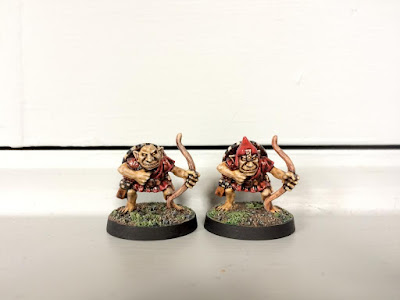 But perhaps the best use of contrast paints is in something that Games Workshop doesn't do at all: 15mm. That scale benefits from bright colours and bold contrasts, but can be fiddly to work with. The contrast paints help a lot here: 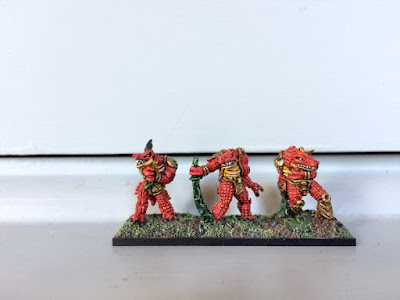 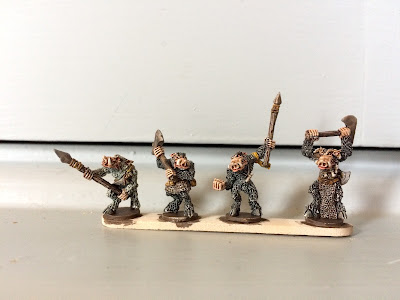 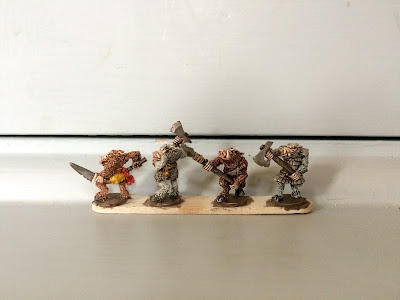 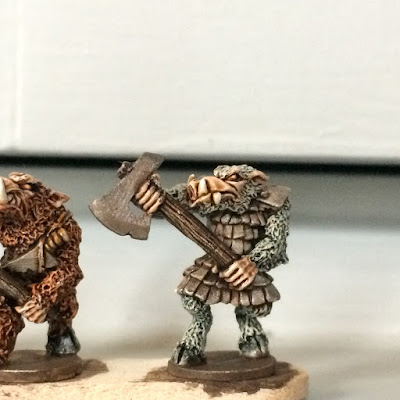 I'm working on creating some Hordes of the Things armies using 15mm miniatures on 28mm bases. That gives much more of a "massed battle" effect, but it does take a bit more work (seven to twelve miniatures to a base rather than three or four). So the contrast paints are a huge help here.

Email ThisBlogThis!Share to TwitterShare to FacebookShare to Pinterest
Labels: Hordes of the Things, speed painting